Search for hotels near Volgograd Arena 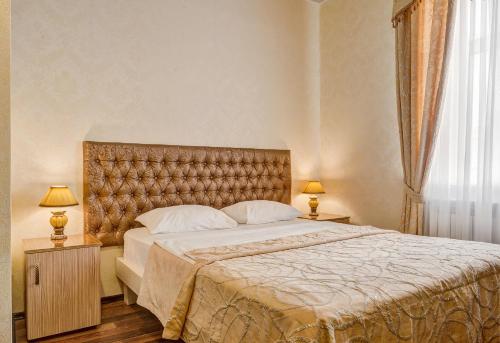 Located in Volgograd, Nairi Hotel features free WiFi and free parking. The rooms have air conditioning, a fridge, hairdryer and flat-screen TV with cable channels. Guests can dine in the hotel’s restaurant or order room service and grocery...

Located a 5-minute walk from the Volga River Embankment and 1.8 km from Mamayev Kurgan Memorial, Hilton Garden Hotel Volgograd features a fitness centre and a 24-hour front desk. Free WiFi is available throughout the property. 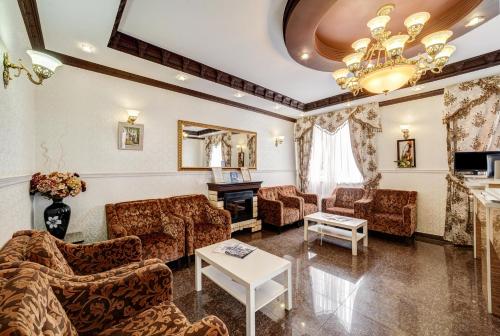 Offering a sauna, bar and restaurant, Hotel Gold is located a 10-minute walk from the city centre in Volgograd. The hotel provides free WiFi and parking.

A 7-minute walk from Volgograd Train Station, the charming Astoria Hotel offers romantic rooms with a spa bath and free Wi-Fi. The scenic banks of the River Volga are just 1.5 km away. 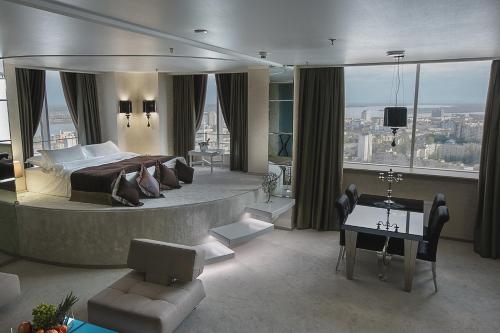 City Hotel is located in the centre of Volgogard, on the 24th floor, of Volgograd-City Business Centre a 20-minute walk from the Volga River, and offers free Wi-Fi and free private parking. 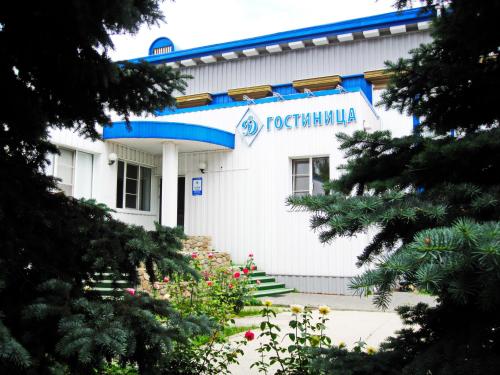 Inn Dynamo offers accommodation in Volgograd. Free WiFi is offered throughout the property and free private parking is available on site. Certain rooms have a seating area for your convenience. You will find a kettle in the room.

Capacity: 45,568
Volgograd arena is being built on the grounds of the old Central Stadium which was demolished in 2014 to prepare for the world cup. The old stadium had a capacity of 32,120 with a mixture of terracing and seating but no overhead stand.

Like the old stadium, after the world cup the new Volgograd Arena will play host to FC Rotor Volgograd. They enjoyed a spell of division football in the mid-late 90s, including a surprise first round win on away goals against Manchester United in the 95-96 UEFA Cup. In the 96-97 season they lost to Guingamp in the Intertoto Cup final 3-1 on aggregate, which is arguably the highest honours they have achieved. After a period of financial troubles in the mid-2000 decade, their form has suffered leaving them in the lower divisions of Russian football.

On the new stadium, coach of FC Rotor Volgograd was quoted as saying "Sometimes before I go to sleep I think to myself: God, please, let me live till the moment I can come there, hold a first training and play, come with my family and watch the match at this Arena. Three years is a short term, but, if to think of it, it is a long one as well."

Formerly Stalingrad, Volgograd has a population of 1.1m people. Famous for its Battle of Stalingrad against the German army in World War 2, it is now largely an industrial and administrative city. The Mamayev Kurgan is a huge memorial commemorating the battle and overlooks the city and the Volga river.

It boasts an international airport, however the name is largely cosmetic with Moscow and St Petersburg being the major destinations. Trains from Moscow run at 20 hours, St Petersburg 34 hours. In June temperatures typically range from 16-28°C.