Search for hotels near Samara Arena 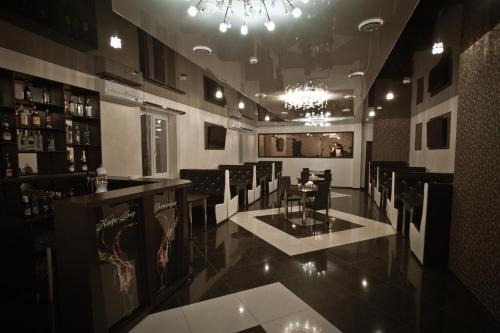 Featuring free Wi-Fi access available throughout, Elyzium Hotel Complex offers rooms in Samara, a 10-minute drive from the city centre. A sauna, hot tub and a massage service are available upon request. 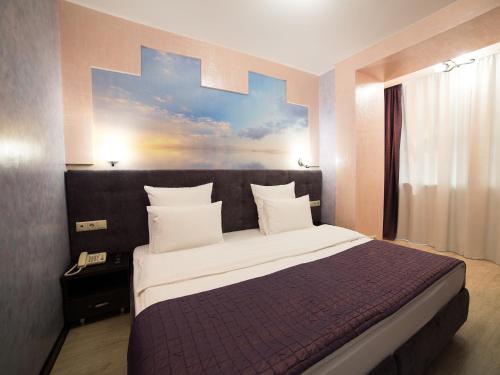 Situated in Samara, 11 km from Iversky Women's Monastery, Almira Hotel boasts air-conditioned rooms with free WiFi throughout the property. Certain rooms feature a seating area to relax in after a busy day. A flat-screen TV is available.

Situated in Mekhzavod, 16 km from Samara, Oasis Hotel boasts air-conditioned rooms with free WiFi. The bed and breakfast has a barbecue and terrace, and guests can enjoy a meal at the restaurant. Free private parking is available on site.

Situated 2 km from Volga River beaches in the green northern suburbs of Samara, Hotel Dubki offers a bar and restaurant. Rooms feature wooden floors and flatscreen TVs. All rooms have a private bathroom, equipped with a hairdryer. 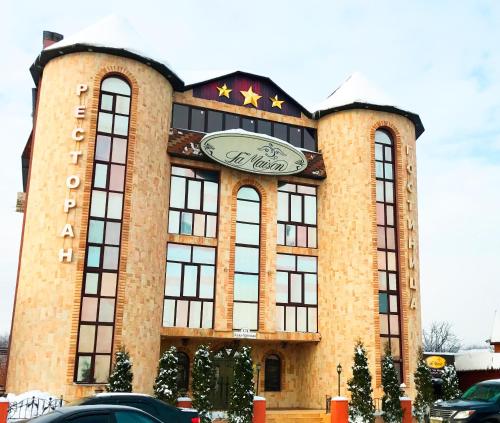 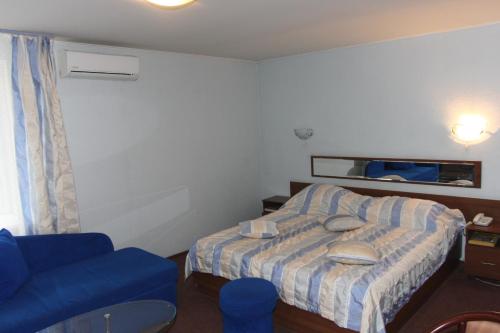 Park Hotel Gorodok is situated in a lush forest, a 20-minute drive from Samara city centre. It has a sauna, and offers spacious rooms with free Wi-Fi. Rooms at Park Hotel Gorodok have parquet floors and modern furnishings.

Capacity: 44,918
Construction cost: $320m
The Cosmos Arena, or Samara Arena during the world cup, will host FC Krylia Sovetov Samara after the world cup. Their current stadium, Matallurg Stadium has a capacity of 33,001. Krylia Sovetov was once home to legendary Czech striker Jan Koller who played a full season in 2008-09 scoring 16 goals in 46 games before departing to end his career in Cannes. Under former Anderlecht winger Franky Vercauterens guidance, the Feathers won promotion to the Premier League in 2015, one season after being relegated.

Initially the stadium was proposed to be built on an island south of the city, but after criticism it has been relocated to the north, within the city limits.

During WWII, Samara (then named Kuibyshev) was the second capital of the USSR. The city grew during the war due to a combination of proximity to Moscow but distance from the war zone. Aviation and space are prominent industries in Samara: more than 74% of the famous Ilyushin IL-2 Sturmovik battle planes were produced in Kuibyshev. The launch vehicle "Vostok" which delivered the first manned spaceship to orbit was built at the Samara Progress Plant. Tourists can visit Samara Cosmos which is a historical space museum documenting Kuibyshev as one of the pioneering aerospace industry centres.

Tourists should certainly try the famous Zhigulevskoye beer that was originally produced here in 1881. Go to "Dno" on Volzhsky prospect 4 where it is served on draught directly from the brewery.

The Kurumoch International Airport has international connections including Dubai, Frankfurt, Helsinki, and Prague, as well as a wide array of domestic options. As a major hub, trains to and from Moscow are frequent; at least five times a day. The train to Moscow takes 14-20 hours and around 23 hours to St Petersburg.

Samara also has an extensive tram network and a somewhat undeveloped one line metro.