Search for hotels near Luzhniki Stadium 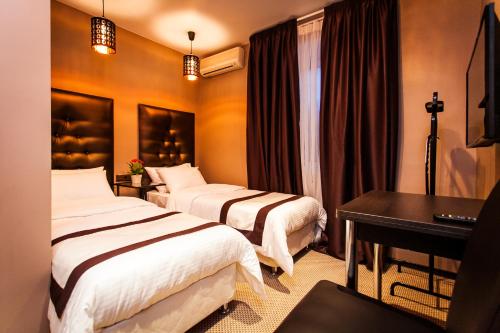 Located 1.5 km from Leninsky Prospekt Metro Station in Moscow, Leo Hotel offers free WiFi. All rooms are air conditioned and come with a flat-screen TV and a safety deposit box. The private bathrooms include free toiletries, slippers and bathrobes. 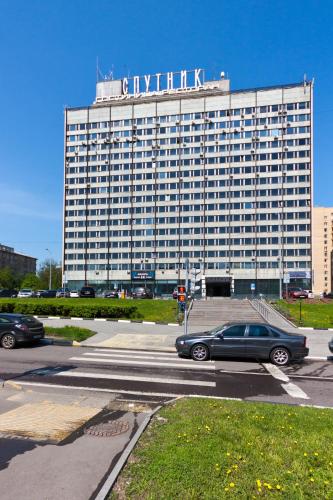 Offering a 24-hour front desk, Sputnik Hotel is located in the south-west of Moscow, 1.5 km from Lenisky Prospekt Metro Station. Free WiFi is available on site. The rooms feature a private bathroom and a flat-screen TV.

With a lovely garden and a terrace, this classic hotel offers spacious accommodation with breakfast included in Moscow's city centre. Each of the rooms at Arbat Hotel is comfortably furnished and appointed with a work desk and air conditioning.

This modern 4-star hotel is conveniently located in Moscow City Business Centre, a 5-minute walk from ExpoCenter. A spa centre, a gym, free Wi-Fi and a 24-hour reception are featured at Novotel Moscow City.

Hills Hotel is an eco aparthotel, offering accommodation in the green area of Moscow, a 10-minute drive to Kiyevskaya and Universitet Metro Stations. Moscow State University is 2.5 km away.

Capacity: 81,000
Construction cost: €350m
Websites: Official Website
Luzhniki Stadium will host both the opening and final games of the 2018 world cup. Due to Russias climate, it had an artificial pitch, however in 2016 a new all-natural lawn has been put in including an always-on automatic drainage system meaning that even after the worst downfall the pitch can be dry within 30 minutes. At various points it has hosted CSKA Moscow, Torpedo Moscow, and Spartak Moscow, however it currently has no home team. It is located in the Luzhniki Olympic Complex.

In 1982 the stadium was subject to a stampede resulting in the deaths of 66 Spartak Moscow and HFC Haarlem fans, Russias worst sporting disaster. Reconstructions in preparation for the world cup have been underway since 2013. Already completed is an increase in roof overhang, an anticorrosion coat on the old roof, new VIP and press seats, removal of low visibility seats, wi-fi for 30,000 users, big screen TVs, and 1,000 security cameras.

Moscow has a hugely vast history far beyond the scope of this article. Since the fall of the Soviet Union in 1991, the city has grown to over 10 million people. The emergence of a previously unseen market economy has led to a boom in Western-style spending and lifestyles. There are many buildings of historical significance: Red Square, The Grand Kremlin Palace, Church of the Ascension etc. Many museums and galleries of touristic interest: The Kremlin Museum Complex, Tretyakov Gallery, or for something different the Museum of Soviet Arcade Machines. Theatre, opera, banyas (bathhouses), and ice skating are all popular activities and shouldn't be too hard to find. You can find anything from goulash to the finest caviar in Moscow.

English players to have vaccinations against rabies

Brazil to play Russia in friendly - March 23rd 2018 for the game, stadium to be confirmed.

Russian stadiums will be ready by December - Including Kaliningrad which is "83% ready". How very specific.

mos.ru reports A 737m ropeway over the Moskva River will be launched ahead of next years FIFA World Cup to link the observation deck near Moscow State University and Luzhniki Stadium.

Marat Khunsnullin, deputy Moscow mayor for urban development and construction said “Workers are now providing monolithic foundations for the cableway supports. This is being done at a good pace and will be completed on time".