Search for hotels near Krestovsky Stadium

MFK Gorniy is situated in Saint Petersburg, within a 10-minute walk from Primorskaya Metro Station and just a stop away from the central Nevsky Prospekt Metro Station. The Lenexpo Exhibition Complex and 3.3 km from Petrovsky Stadium. 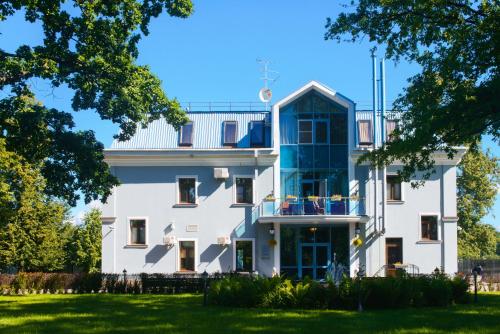 This hotel is located in the Vasilyevsky Island in Saint Petersburg, just a 10-minute walk from Sportivnaya Metro Station. Free WiFi, free parking and a 24-hour reception are featured at Amber Hotel. 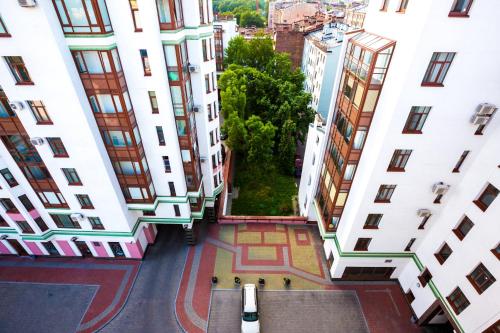 Talisman Hotel is located in Saint Petersburg, 1.6 km from Petrovsky Stadium and 2.2 km from Lenexpo Exhibition Complex. The pilgrimage site of Saint Blessed Xenia's Chapel is 600 metres away from the hotel. Free WiFi access is available.

Located in St. Petersburg, this hotel is a 3-minute walk from Sportivnaya Metro Station. It features a 24-hour reception and free Wi-Fi. Decorated in classic style, rooms at Tuchkov Hotel come with a TV and fridge.

Capacity: 68,134
Construction cost: $1.1-1.4bn
Websites: Official Website
The Krevstovsky Stadium, also called Zenit arena, and during the world cup called Saint Petersburg Stadium has taken ten years to complete. FC Zenit Saint Petersburg will take it over after the world cup. It is one of four stadiums in use for the 2017 FIFA Confederations Cup. In November 2016 it was found that the retractable playing field was unstable and vibrated at seven times higher than the acceptable level.

Zenit Saint Petersburg are known to European football afficionados. In early 2017 they were the highest ranking Russian club in the UEFA club coefficients in 18th place, above the likes of Manchester United and North London minnows Tottenham Hotspur. They have yet to make it out of the round of 16 of the Champions League. Former Real Madrid and Manchester City midfielder Javi Garcia plys his trade with Zenit since 2014. In his first season in charge, former Chelsea and Tottenham Hotspur boss finally enjoyed some success winning the league in 2014-15.

Saint Petersburg is Russias second largest city at around 5m people. It is absolutely packed with history, culture, nightlife, and restaurants. Fly into Pulkovo airport or even get the bus from Helsinki, Tallinn, Riga, or Minsk. The Hermitage Museum is an absolute must visit, Peter and Paul Fortress is nice from a distance, visit opera, theatre, orchestral concerts. Then get drunk on the ridiculously cheap vodka.

World Cup winner and former Barcelona and Spain superstar Carles Puyol is part of a FIFA and local Russian organising committee delegation for an operational tour of the Saint Petersburg stadium. The fifth visit is the final tour before the start of the FIFA Confederations Cup later in 2017. The visit will be made from 27th February to 3rd March.

Puyol will chat with fans on the Russian social network VKontakte and share his thoughts on the volunteer programme and the host country. He will also be meeting volunteers in Moscow and even have a kick about with some of them.

Other members of the delegation will visit the other three stadiums participating in the Confederations Cup in Sochi, Moscow, and Kazan. Virtual tours of the remaining seven World Cup stadiums will be made as well.

The next phase of Confederations Cup tickets goes on sale on Wednesday on the official FIFA website. It operates on a first come first served basis.

The ever time delayed Krestovsky stadium (Zenit Arena) in St. Petersburg played host to 10,000 locals free of charge for an extreme sports show.

The cities deputy governor, Igor Albin, declared it was to test "security systems, logistics, and other systems".

World-cup-hotels.net has previously reported on the latest delays caused by the retractable pitch vibrating at unacceptably high levels, and there have been a myriad of delays ranging from contractor changes to alleged corruption from fraud investigations.

Tass Sport reports that some visitors were impressed, and that the stadium will bring good luck to the city.

The stadium will host the FIFA Confederations Cup later this year, and of course the 2018 World Cup.

2x2, a Russian television channel has released a spoof video that mocks the continuous delays surrounding the Krevstovsky Stadium in St Petersburg. The video asks "Does your child finish their construction sets too quickly? Don't know what to occupy them with?" followed up by "Give them Lego Zenit Arena. You won't be able to build it at the first, second and even third attempt! Even your child will understand the real meaning of 'useless waste of money'.

The stadiums original budget was 6.7bn Roubles ($110m) and was expected to finish in 2011 but development has had continuous delays with changes of contractors and finding that the pitch was unstable due to high vibration levels caused by the retractable system. The final cost is expected to be 48bn Roubles ($800m), roughly seven times the original budget.

World Cups are often subject to stadium delays. In 2014, Fifa issued an ultimatum to the city of Curitiba over the completion of Arena da Baixada and in 2009 a strike halted the construction of the South African stadiums.