Search for hotels near Kaliningrad Stadium 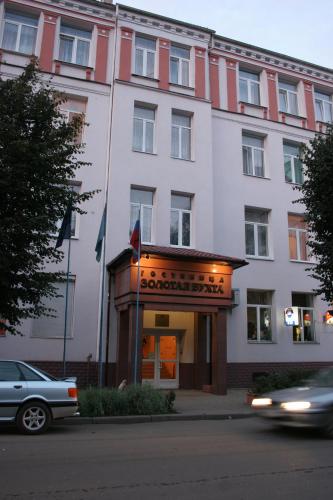 Fusion cuisine, classic-style rooms with free Wi-Fi, and a 24-hour reception are offered by this 3-star hotel in Kaliningrad. The Kaliningrad Philharmonic Hall is a 2-minute walk away. 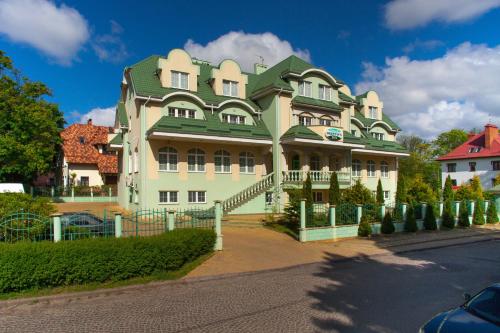 This 4-star hotel in enjoys a scenic location on the shore of Lake Verkhnee, 2 km from Kaliningrad city centre. The Oberteich Luxe Hotel offers free Wi-Fi and free parking.

Located in the peaceful Rosgarten district of Kaliningrad, this hotel offers European cuisine, a sauna and a small pool. Guests enjoy free Wi-Fi and free on-site parking. Individually furnished rooms are provided at the Cottbus Hotel. 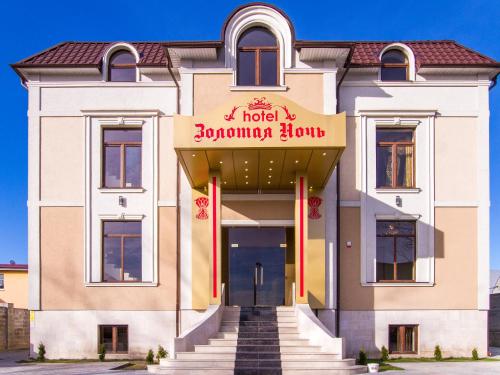 Featuring free WiFi, a restaurant and a barbecue, Hotel Golden Night offers accommodation in Kaliningrad. Guests can enjoy the on-site bar. Free private parking is available on site. You will find a kettle in the room. A flat-screen TV is available. 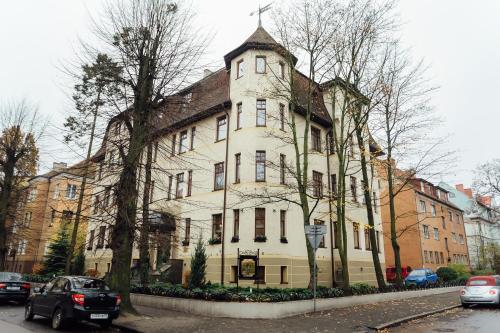 Chaika Hotel is situated in historical Kaliningrad, just outside the city centre. There is public transport available from outside the hotel. Chaika offers free parking and free Wi-Fi. There is a choice of spacious rooms and suites at Chaika Hotel.

Anna Boutique Hotel is located in the historical part of Kaliningrad, in the Old Park area, near Juditten lakes drinking water. Rooms are decorated with antique and English handcrafted furniture.

Capacity: 35,000
Kaliningrad is a Russian exclave between Poland and Lithuania on the Baltic Sea. For much of Europe, it is the closest venue. After the world cup, FC Baltika Kaliningrad will replace their Baltika stadium with the Kaliningrad Stadium. The capacity will reduce to 25,000 after the tournament as part of the roof will be retracted. FC Baltika Kaliningrad enjoyed a brief late 90s spell in the Premier League but currently reside in the National league or second tier of Russian football.

Once a part of the East Prussian empire, through immigration and development the area became largely German. The British heavily bombed it during WWII and at the end of the war it was annexed to the USSR. It was stripped of its former German name (Königsberg) and named after Mikhail Kalinin, a Russian communist leader. The area only opened to visitors about 20 years ago after being a highly militarised zone during the Soviet era.

Kaliningrad Hrabrovo airport is 16km from the city. A variety of Russian, Baltic, and European carriers fly there. Popular tourist sights include the reconstructed Königsberg cathedral, originally built in 1333. The old fortifications are present, including the 15 town gates. Tourists can also fish in the Baltic sea, trek in the forests, browse and buy the local amber jewelry, and enjoy the many cafés.

English players to have vaccinations against rabies

Brazil to play Russia in friendly - March 23rd 2018 for the game, stadium to be confirmed.

Russian stadiums will be ready by December - Including Kaliningrad which is "83% ready". How very specific.